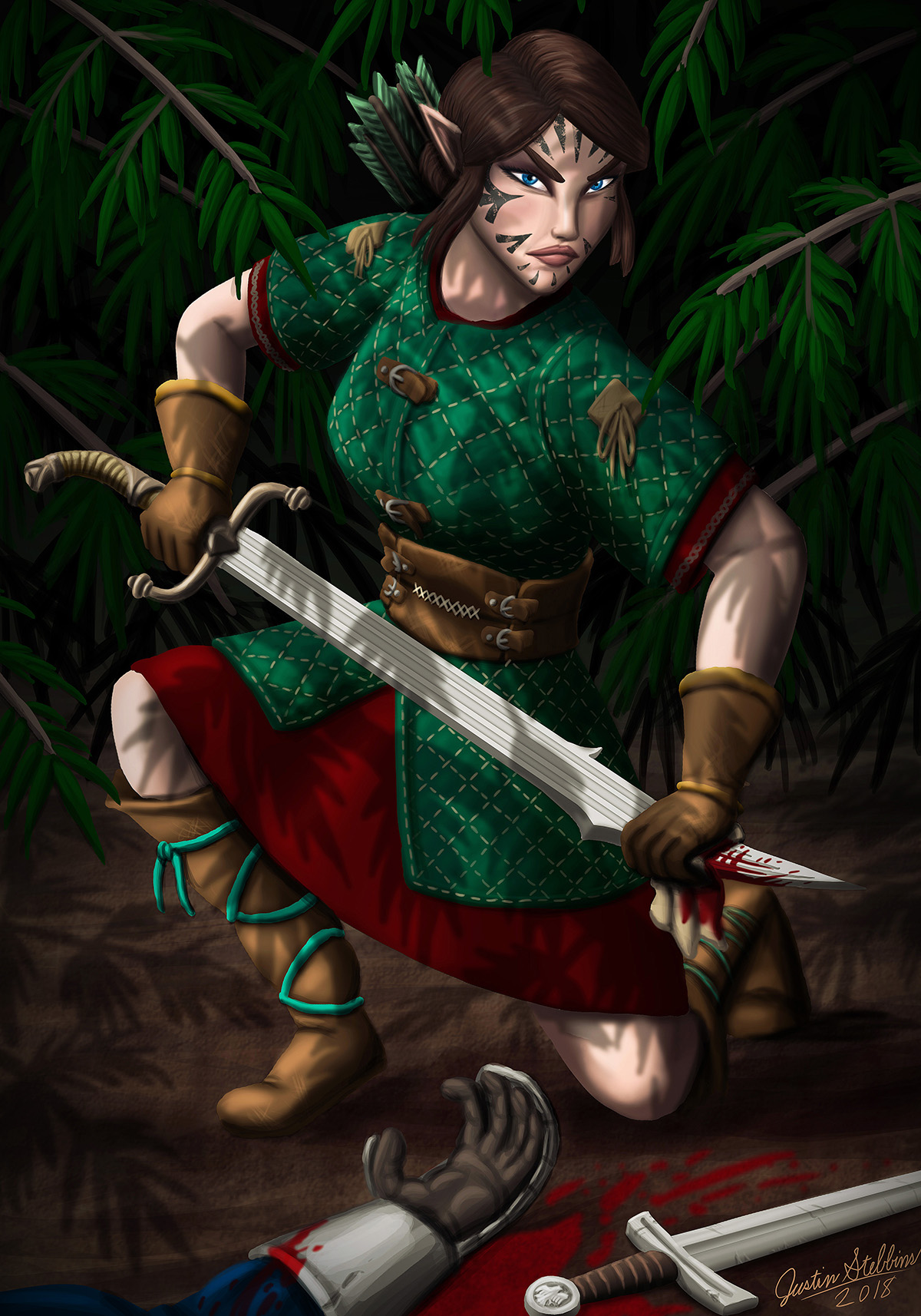 This is fan art of a character from The Witcher 3: The Wild Hunt. I drew it for CD Projekt’s Gwent Art Contest. I love Gwent, the Witcher card game, almost as much as the actual Witcher trilogy. Well, okay, maybe not that much, but I do play it all the time. I doubt I stand a chance in the contest, since my sub-par digital painting skills pale in comparison to the amazing art of Gwent, but I figured it would be fun to try anyway.

Scoia’tael is my favorite faction in Gwent, so I thought I’d draw an elf character. You meet Vernossiel in The Witcher 3 during the quest “Contract: Woodland Beast”, in which the Redanian army hires you to kill whatever monster has been attacking their supply caravans. Turns out it wasn’t a monster at all, but a group of rebel elves led by Vernossiel. You can either fight them, leave them alone but tell the Redanians about them (in which case Vernossiel later attacks you for your betrayal), or wash your hands of the whole business and tell the Redanians you found nothing. I always take the last option, since a good Witcher should remain neutral in the wars of men and elves. Also because Vernossiel is pretty. Wish I could have done her more justice with my art, but the deadline sneaked up on me, and I ran out of time to tweak the picture. Oh well.

I admit there’s one thing I resent about this character though: Her brief inclusion in The Witcher 3 was a replacement for one of the coolest Witcher 2 characters, the murderous elf commando leader Iorveth. He was supposed to play a major role in Witcher 3, at least as big as the role his enemy Roche played, but CD Projekt was pressed for time and wrote him out of the game. So, the quest that would have introduced Iorveth becomes a minor contract involving Vernossiel instead. A tragedy, if you ask me.

Anyway, I’ll let you guys know when the fan voting stage of the Gwent contest is open, so hopefully you can toss me a few votes! Keep an eye out!